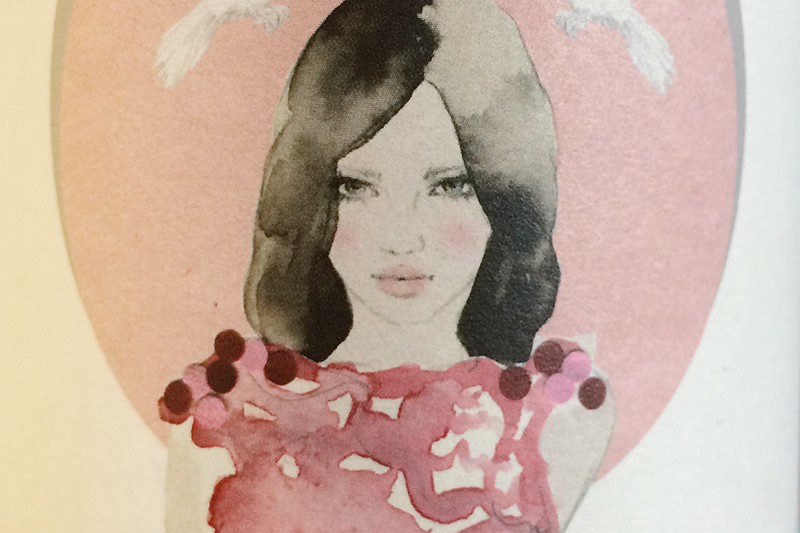 Two 5 varietal wines in a row… must be the time of the year when winemakers pretend to be artists and come up with these concoctions under the guise of ‘intrigue’, ‘complexity’, ‘layers’ and any other assortment of blah.

It’s a particularly tough one to write about this wine, mainly because against all probability it’s actually a ripper. I was half looking forward to taking this opportunity to pass judgement on a ‘close your eyes and swing’ mentality from the guys at MVW, or even better have a red hot crack at whomever thought an image grafted from Patpong wasn’t a blatant objectification of women and as such not welcome in these parts… Neither of which are options now, Elisa Mazzone’s artwork is a flawless dressing to the wine, suggestive and alluring yet so elegant and poised, it’s a credit to all involved. How the winemaking team came up with this blend is anyone’s guess and with a wine as good as this is, they’ve earned the right to turn and walk in the opposite direction whilst muttering something along the lines of ‘it’s like asking Slater to teach you to surf’.

I don’t know enough about any of the individual varieties to confidently state what they each bring to the finished article, but if any one of them can lay claim to the following, then the cap’s theirs to don. Particularly nice work.

Aromatics – Dried field herbs with a touch of cedar and warmed plums.
Palate – Medium bodied, electrifying tannin with a touch of dryness and loads of length. Savoury rather than fruit driven.
Cellaring Potential – Hard to tell but probably best sometime around 2017.
Food Suggestion – A Hunters Platter like I had in Ghent years ago.